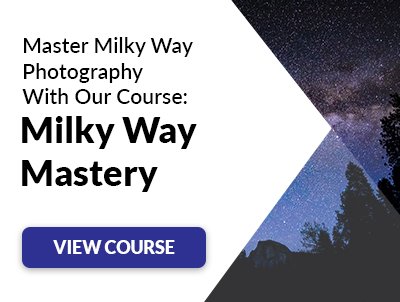 Good news: The camera you use isn’t as important as you may think it is. That’s not to say it doesn’t matter, because it certainly does, but if you have an entry-level dSLR, then you don’t need to worry.
There are a few things you’ll want to look for when choosing the right camera, and the first, and most obvious, is a full frame sensor. If you’re a beginner, and your camera body cost less than $1000 new, then you more than likely don’t have one.
The reason a full frame camera is the best choice for Milky Way photography is because you avoid the ‘crop factor‘.
The crop factor will effectively zoom in on the stars, which will make any movement in the stars more noticeable, which means you have to have a faster shutter speed, and that isn’t ideal. However, this is not as much of an issue if you have an ultra-wide angle lens.
You’ll also want a camera with a good high ISO performance, but that’s much less of an issue than it used to be. If your camera was built sometime in the years since 2012, your high ISO performance probably isn’t an issue. Sure, it’ll still look noisy–even my full-frame Canon 5D Mk III looks noisy at ISO3200, but it’s to be expected, and something you can improve with in-camera noise reduction.

As I said, though, the most important factor is the lens.

The stars are really far away, so you need a telephoto lens so you can see them better, right? Wrong.
You actually want the opposite–you want the widest angle lens you can find (although I recommend avoiding fisheye lenses because they produce an unnatural distortion).
The reason for this is that the earth moves, and as it does so, it causes the stars to look as if they’re moving. Instead of stars appearing as points in the sky, they’ll look like lines, since their position changes as you’re taking the exposure. The greater the zoom, the more noticeable this movement is.
So, basically, using a lens with a longer zoom means you have less time that you can keep your shutter open before you see the stars moving (ie. longer zoom, shorter shutter speed).
Now, when taking photos of the stars, we want the longest shutter speed possible. I go into why this is in ‘The 500 Rule’ section of this post, so I won’t repeat myself, but just know this: If you’re using a 14mm lens on a full frame camera, you can take a 35 second exposure without worrying about seeing the stars move in the sky. If, however, you choose to use a 200mm lens, you would have just 2.5 seconds before the stars start to move in your photo. 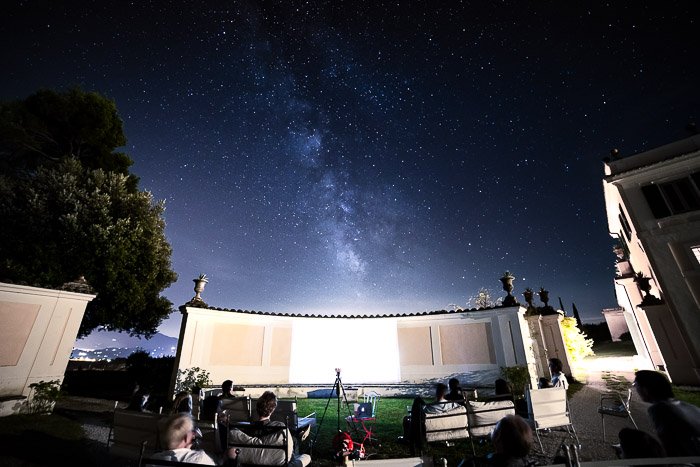 So with that settled, we’re looking for an ultra-wide angle lens, and we have our favourite right here… 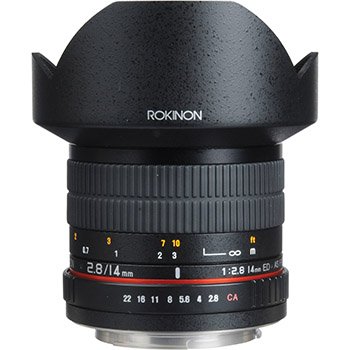 We LOVE the Rokinon 14mm f/2.8.
It’s inexpensive, ultra-wide angle, wide aperture, high quality, and will fit most cameras.
It’s the perfect Milky Way photography lens, and one you will be hearing a lot about if you spend much time Googling information on Milky Way photography.
The wide angle is perfect for Milky Way photography as you’ll be able to capture the stars without capturing motion blur. The aperture is wide enough to get a good depth of field, should you choose to include a foreground interest, while still remaining wide enough to capture plenty of light.
And it really does fit most lens mounts.

These days, this can be done with your phone, but you can’t beat a reliable old compass. The reason we need one is so that we can quickly and easily find the North Star and the best parts of the Milky Way, depending on the time of year, and where you are in the world.

Headlamp with a Red Filter 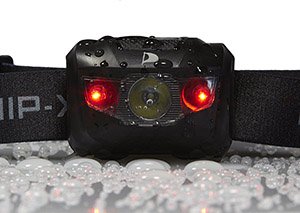 Milky Way photography happens exclusively at night, when there is no moonlight. So, as you can imagine, it’s pretty dark. I used to use a flashlight or my phone as a light source, but more often than not either would end up in my mouth as I was trying to do something with my camera.
With a headlamp, you’re operating the light hands free, and with the red filter, your eyes will adjust to the sky much faster after you turn the lamp off. 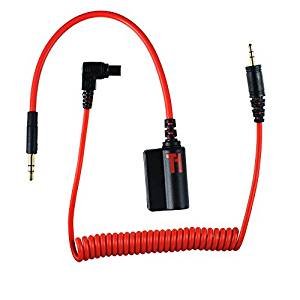 An intervalometer will allow you to fire multiple shots, in succession, without having to worry about constantly clicking your camera. It’s great for time-lapse photography (heck, I’d say it’s essential for it), and as you tend to shoot a lot of the same shots in succession with Milky Way photography because of shooting stars, planes, satellites, etc., flying through your shots, it’s great to have a tool that will keep taking photos without your input.
I personally use a Triggertrap because it’s smaller, cheaper, and works with my phone.

As with all long exposure photography, you want to reduce the amount of motion blur as possible, and an unexpected source of blur will come from actually pressing down on the shutter release button to take the photo. If you can plug in a camera, you don’t have to touch the tripod or the camera to take the photo, which will minimise motion blur.

This might be the odd one out on the list, but it’s here for a good reason—to cover up lights on your camera that can affect your exposure.
We all have lights on our cameras, whether it’s the assist beam or the card reading/writing light, and these will all affect the outcome of Milky Way photography. It might not seem like much, but I assure you, that light will leak into your exposure if uncovered. Take care of it with black electrical tape and you won’t have to worry about it.

Here’s what we look for when choosing a tripod:

Your tripod doesn’t have to be the most amazing, heavy tripod in the world. There’s a lot to be said for big study tripods, as well as lightweight carbon fibre ones, but what we’re really looking for here is a tripod that doesn’t move.
If you can find tripod legs with a weight hook, you can keep it in place by attaching a weight to it, preventing it from moving around between shots.
You’ll also want to look for legs that aren’t affixed to each other and can be pulled out individually to different degrees from the centre. Tripod legs that are attached to each other severely limit the angles to which you can set each side, which means your tripod is far less adaptable to different terrain features at your shooting location.
It’s usually pretty darn cold in the middle of the night too, and a final bonus feature would be hand warmers on the legs so you’re not touching cold metal.
As always, you get what you pay for, but here’s a selection of legs that may work out for you, regardless of your tripod budget:

A Ball or Joystick Head

The reason we choose a ball head for astrophotography is because we tend to point the camera high up at the sky, and other heads will restrict the range of movement. 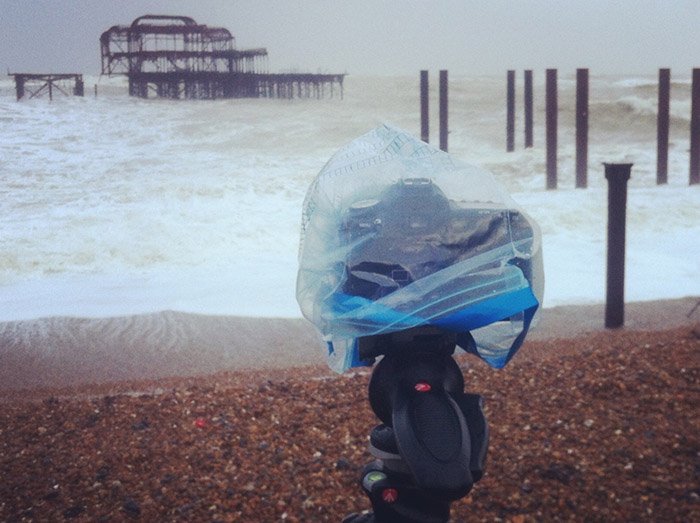 If you want to specialise in a type of photography, whether it’s portrait, macro, or Milky Way, you need to invest in the right gear for it so that you can do it properly. And in comparison to most types of photography, Milky Way photography is not particularly expensive; it’s just very niche.
In this post we’ve talked about the ideal Milky Way photography gear, but if you can afford to invest in just one thing, make it a wide angle lens for your camera. Chances are you have everything else you need (like a tripod), or can make do without the rest (like a cable release) for the time being. 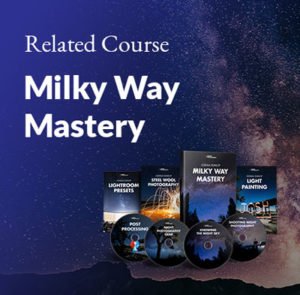 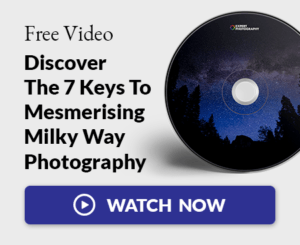 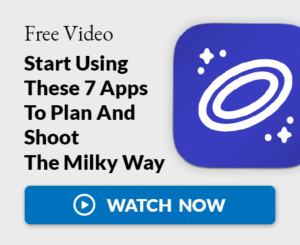 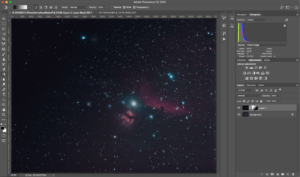 Post-Processing Astrophotography: All You Need To Know

Standing in awe under the starry night sky is only 50% of the fun in astrophotography. What's the other 50%? Post-processing photos, of course. Make…

How to Edit Milky Way Photos (10 Settings You Must Use!)

Forget everything you know about how to process a photograph. When it comes to how to edit Milky Way photos, nothing is the same. You… 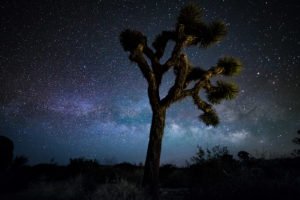 How to Find the Milky Way at Night

One of the most popular types of night photography is capturing the night sky. By photographing the bright stars that form the Milky Way, you…
See all articles in Milky Way Photography

Here what 3 of the 7 apps will help you achieve in this 14 minute video: 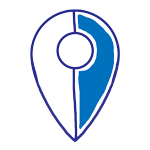 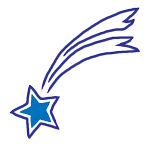 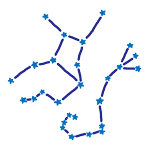 Here what 3 of the 7 apps will help you achieve in this 14 minute video: